Block & Company, Inc., Realtors recently found AutoAlert a home for their new headquarters in the former Kansas City Southern Railway building located at 114 W. 11th Street in Downtown Kansas City, Missouri - one of Kansas City's oldest and most historic buildings, built in 1935. AutoAlert, a California-based tech firm and leader in software solutions for auto dealers, signed a long term lease in floors 4, 5, 7, and 8 of the building totaling 48,839 square feet with plans to grow exponentially in the future. 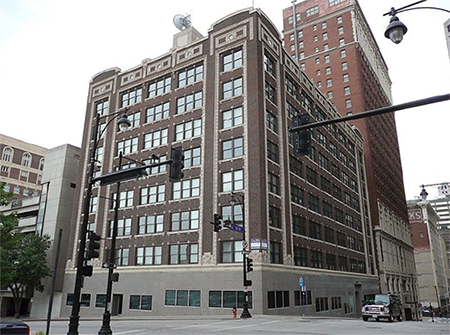 Bill Maas, CCIM and Larry Larsen of Block & Company, Inc., Realtors negotiated the transaction on behalf of AutoAlert.
AutoAlert Founder and CEO Mike Dullea spoke on his experience working with Bill Maas of Block & Company:
"Bill made it easy for us to decide on Kansas City as our next home. We didn't give him a lot of time but I've known Bill for awhile now and if he says he can get the job done, he'll get the job done."

There will be a ribbon cutting ceremony held for the new AutoAlert headquarters in Downtown Kansas City, Missouri in the coming weeks.